I was able to squeeze in a couple hours today cutting some angle iron and making brackets to be able to lock down the solar panels for travel.

Obviously, we don’t want them flapping in the wind like a couple solar flags or flying off the bus if we hit a speed bump too fast – but we also wanted them tiltable so that the two panels on the side opposite the sun (depending on which way we might be parked) can be tilted to gain maximum exposer to the wonderful UV rays. …we need photons.

I also “re-found” my scaffolding in the shed and thought it’d be lovely to work with while working on painting the roof and on the solar panel securing operations. 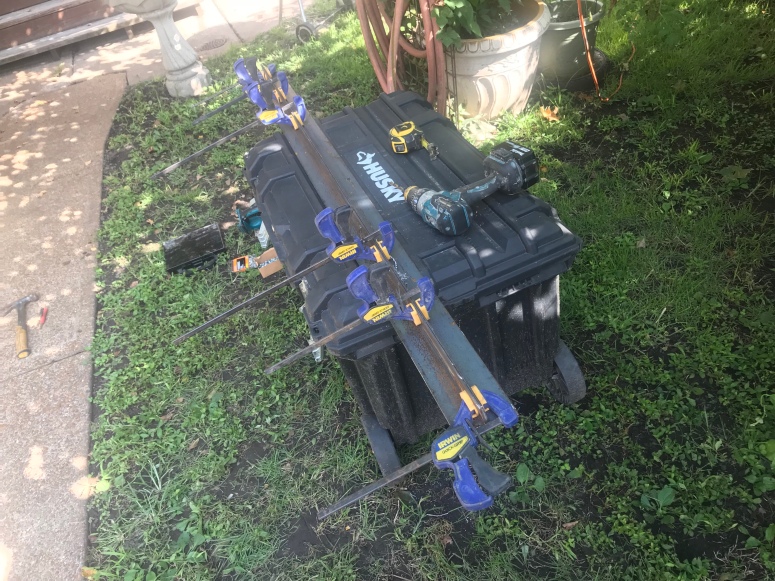 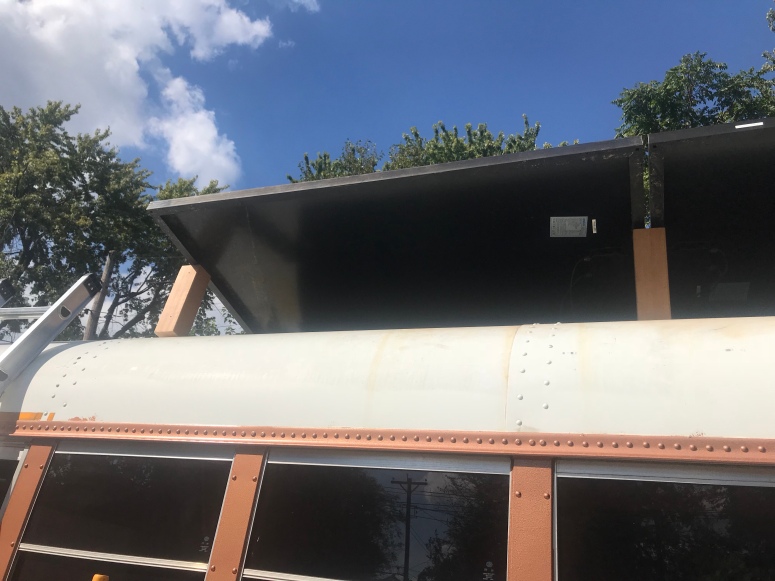 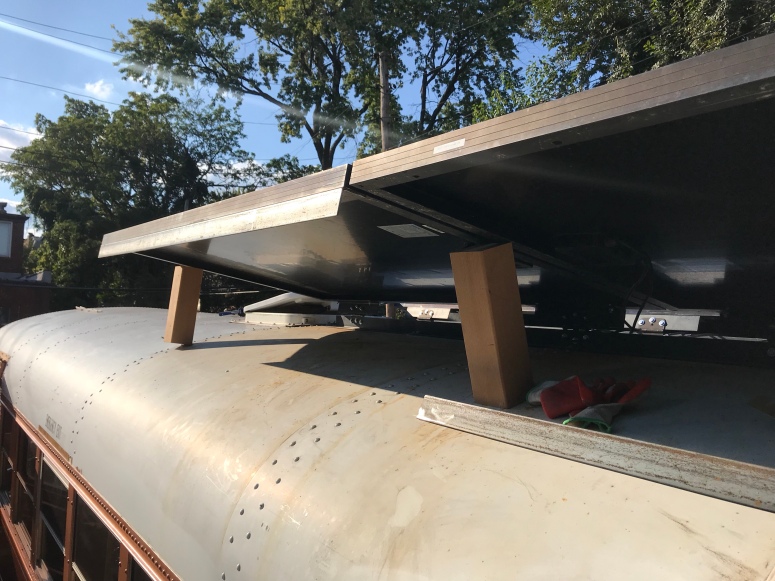 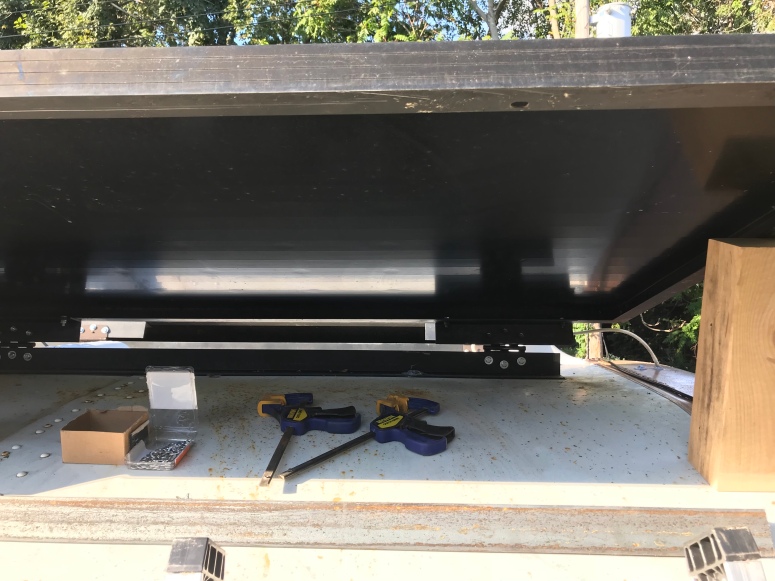 I’ll make a “Part 2” of this post tomorrow as I am excited to have found some hasps that will be bolted to the outside edge of the angle iron on the panels and to the roof of the bus, enabling me to lock them down for travel or windy conditions. Lana and I are going to “try” to get things locked down enough to take a short experimental trip for a day or two towards the end of September or the beginning of October. I’ll show you what I’ve come up with then. …also have to work on the painting of the roof as part of this process so half will be done now and the other half in a day or two once I get finished with the one side and finally pull the bus out and turn it around to do the other side & rear end! Onward to tomorrow!!

This site uses Akismet to reduce spam. Learn how your comment data is processed.